The Sandman Will Keep You Awake - The Loop

Demeter was the Olympian goddess of agriculture, grain, and bread, the prime sustenance of mankind. Her cult titles include Sito (σίτος: wheat) as the giver of food or corn/grain and Thesmophoros (θεσμός, thesmos: divine order, unwritten law) as a mark of the civilized existence of agricultural society.

In systematized theology, Demeter is a daughter of Kronos and Rhea and sister of Zeus by whom she became the mother of Persephone. She taught mankind the art of sowing and ploughing so they could end their nomadic existence. As such, Demeter was also the goddess of planned society. She was very popular with the rural population. As a fertility goddess she is sometimes identified with Rhea and Gaia.

Though Demeter was often described simply as a goddess of harvest, she also presided over the sanctity of marriage, the sacred law, and the cycle of life and death. She and her daughter Persephone were the central figures of the Eleusinian Mysteries that predated the Olympian pantheon. The Romans equated her with the goddess Ceres.

Demeter's character as mother-goddess is identified in the second element of her name meter (μήτηρ) derived from Proto-Indo-European *méh₂tēr (mother). In antiquity, different explanations were already proffered for the first element of her name. It is possible that Da (Δᾶ) (which became Attic De (Δῆ)) is the Doric form of Ge (Γῆ), "earth", the old name of the chthonic earth-goddess, and that Demeter is "Mother-Earth". This root also appears in the Linear B inscription E-ne-si-da-o-ne, "earth-shaker", as an aspect of the god Poseidon. However, the dā element is not so simply equated with "earth" according to John Chadwick.

The element De- may be connected with Deo, a surname of Demeter probably derived from the Cretan word dea (δηά), Ionic zeia (ζειά) meaning "barley", so that she is the Corn-Mother and the giver of food generally. Arcadian cult to Demeter links her to a male deity (Greek: Πάρεδρος, Paredros), who accompanied the Great Goddess and has been interpreted as a possible substitution for Poseidon; Demeter may therefore be related to a Minoan Great Goddess.

An alternative, Proto-Indo-European etymology comes through Potnia and Despoina; where Des- represents a derivative of PIE *dem (house, dome), and Demeter is "mother of the house" (from PIE *dems-méh₂tēr).

Demeter was the second born child of Kronos and Rhea, after Hestia and before Hera. After her birth, Kronos devoured her and she would remain there, growing for she was immortal and would never die. Once Zeus had grown, he fed Kronos a mixture of wine and mustard, which made him vomit his children. Demeter was the second last person to be thrown up. She also fought in the Titanomachy, until the gods won. She would then become an Olympian. Poseidon and Zeus both wanted to marry her, though she refused. She would, however, have affairs with them later on.

Demeter's virgin daughter Persephone was abducted to the underworld by Hades. Demeter searched for her ceaselessly, preoccupied with her loss and her grief. The seasons halted; living things ceased their growth, then began to die. Faced with the extinction of all life on earth, Zeus sent his messenger Hermes to the underworld to bring Persephone back. Hades agreed to release her if she had eaten nothing while in his realm; but Persephone had eaten one pomegranate seed. This bound her to Hades and the underworld for certain months of every year, either the dry Mediterranean summer, when plant life is threatened by drought, or the autumn and winter. There are several variations on the basic myth. In the Homeric hymn to Demeter, Hecate assists in the search and later becomes Persephone's underworld attendant. In another, Persephone willingly and secretly eats the pomegranate seeds, thinking to deceive Hades, but is discovered and made to stay. In all versions, Persephone's time in the underworld corresponds with the unfruitful seasons of the ancient Greek calendar, and her return to the upper world with springtime. Demeter's descent to retrieve Persephone from the underworld is connected to the Eleusinian Mysteries.

Demeter's search for her daughter Persephone took her to the palace of Celeus, the King of Eleusis in Attica. She assumed the form of an old woman, and asked him for shelter. He took her in, to nurse Demophon and Triptolemus, his sons by Metanira. To reward his kindness, she planned to make Demophon immortal; she secretly anointed the boy with ambrosia and laid him in the flames of the hearth, to gradually burn away his mortal self. But Metanira walked in, saw her son in the fire and screamed in fright. Demeter abandoned the attempt. Instead, she taught Triptolemus the secrets of agriculture, and he in turn taught them to any who wished to learn them. Thus, humanity learned how to plant, grow and harvest grain. The myth has several versions; some are linked to figures such as Eleusis, Rarus and Trochilus. The Demophon element may be based on an earlier folk tale.

In ancient art, Demeter was often portrayed (sitting) as a solemn woman, often wearing a wreath of braided ears of corn. Well-known is the statue made by Knidos (mid forth century BCE). Her usual symbolic attributes are the fruits of the earth and the torch, the latter presumably referring to her search for Persephone. Her sacred animals were the snake (an earth-creature) and the pig (another symbol of fertility). 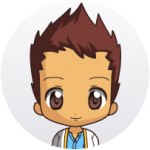 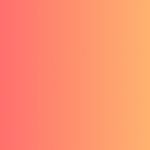